﻿Drug and alcohol abuse - do you know what you are getting into?

Health Implications of Drug use 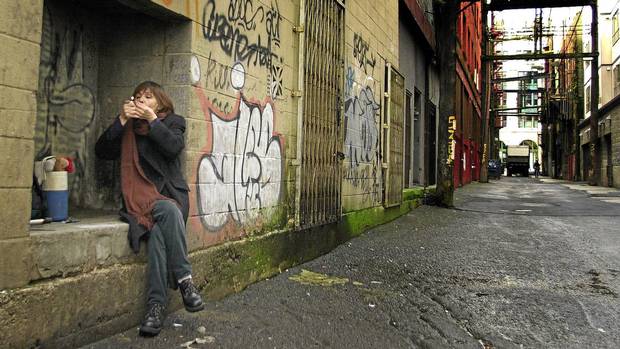 Drug abuse
"Drugs are a total waste of time they will destroy you live and the lives of all those that love you. Drug abuse will erode your your self-respect and will eventually cost you your life.The  late American rock star Kurt Cobain once said "that drugs are the curse of the devil that will send anyone who plays with them to the gates of hell" . But more than that, drugs will always have an  adverse effect on the overall health of the person using them,  gradually worsening it with every passing day, until a person becomes a physical wreck and can no longer function.There might be different reactions to a person's health but the outcome will always be the same. So, it's vital before using illegal street drugs to know what some of the risks and dangers are involved, both on a short and long-term basis.

drug rehabs
Physical health is not the only thing that is hit with drug or even alcohol abuse.Drug and alcohol have detrimental consequences on a person  physiologically and psychologically well-being.
Just as an  example, the abuse of cocaine  and "crack" contributes to the absorption of toxic in in the body, that is capable of causing acute cardiovascular or cerebrovascular problems including seizures, that have been known to result in sudden death (even in young otherwise healthy people).

How it affects a person's health

Apart from cardiovascular problems drug abuse and alcohol  dependence can have an impact on some of the major organ whose functions are crucial for life.Drugs and alcohol can seriously damage the liver, kidneys, blood vessels and the brain. Once a person health starts to deteriorate there is no reversing the situation while they continue taking the substance, and the only road back is to kick the habit and allow the body a chance to recover. But because drugs interfere with an individual's power to decide whether they take them or not stopping them may not be as easy as one thinks without some form of drug or alcohol intervention. This is generally means spending some time in some form of rehabilitation centre . Chemical dependent people (drug addicts) also run the risk of facing the following conditions:

Most street drugs cause an hormonal imbalances in a person. Abusing drugs such as cocaine or crack cocaine  will  disrupts the body's,normal hormonal production, that can lead to irreversible damage that even once you stop taking  the drug, will not reverse, causing  sexual problems, infertility and in some case in men, the shrinking of the testicles.

Apart from giving birth to children addicted to drugs - sometimes referred to as coke or crack babies. Abusing cocaine or cracks can result in premature birth, miscarriage, underweight babies as well as a variety of behavioral and cognitive issues.
Another threat is the fact is, that whenever a mother attempts to cease taking drugs and withdraw abruptly from addictive drugs or alcohol without any medical support, she can place the fetus  in danger. pregnant woman who are drug addicts should always  seeking immediate aid from any alcohol and drugs rehab center as soon as they find out that they are pregnant .

Abusing drugs might also cause severe neurological upheavals within the body. Though drugs induce a sense euphoria in users, it could possibly also produce negative effects inside the brain causing seizures, stroke and additional damages on the brain that disrupt normal functioning. Loss of memory, attention deficit disorder and an inability to make decisions are just some of the problems that come from a long term or even short term drug use.

Chronic drugs taking, most likely creates a decrease in appetite and increase in temperature, which are to blame for a variety of health concerns within the body. Abrupt withdrawal from drugs without medical help may possibly also manifest in numerous adverse health effects, like restlessness, moodiness, fatigue, muscle and bone pain, insomnia, cold flashes, diarrhea and vomiting.

Someone who abuses drugs much longer may well experience various mental issues because drugs can transform the standard functioning from the brain. Aggression is practically an absolute by-product of prolonged substance abuse. Depression is another debilitating condition that can transform in a chronic stage with regular abuse of medicine. Hallucination is a kind of phenomenon for the people under the influence of drugs. In extreme cases of cocaine abuse or amphetamine withdrawal, thoughts of suicide also occur.